Posted on 2nd June 2017 By Nel WP admin In Uncategorised 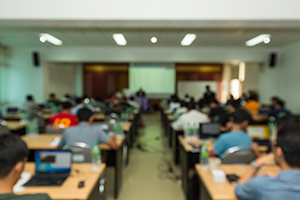 The health assessment process for Unaccompanied Asylum Seekers (UASC LAC) looks at the general health of this group.  Young people in this group can have complex health needs, resulting from the experiences in their home country and their ‘journey’ to the UK.

We looked at the pathway for supporting the needs of UASC in terms of sexual health. Screening for blood-borne infections and sexually transmitted infections would ideally be offered as part of the LAC process for USAC arriving in Kent.  Sexual health questions would also be asked as part of the IHA. Local pathways should be followed for referrals into appropriate local Sexual Health Services.

As Sexual Health Outreach Nurses, we had been asked to support the UASC with Sexual Health provision in West Kent.  During the process, we realised that the young people had specific  learning needs which had to be addressed before any basic sexual health discussion could take place. We identified a lack of knowledge and understanding of the UK social and cultural norms by the young men. This was supported by further research into asylum seekers’ experiences in other parts of the country. There have also been reported incidences of inappropriate behaviour in the UK and other parts of Europe involving young asylum seeker males. The FPA document ‘Supporting Asylum Seekers’ identifies that the young people need ‘an opportunity to learn about the law and common cultural practices including behaviour towards women’. Our sessions are to help raise awareness and to give insight into how behaviours, such as whistling at women or following women could have a negative impact on relationships. These behaviours may be acceptable in their home country, but are not in the UK and can even result in a criminal offence.

Our aim was to provide information about cultural norms around relationships, behaviour towards girls and women and to look at the issue of consent and the law (on a basic level).

We provided a group-based discussion, with support from our Reception Centre colleagues, including up to five different interpreters. We gave the interpreters an introductory letter to explain our goals for the session (template available on UASC website), as they would play an integral part in the discussion.

A series of drawn and photographic scenarios were shown to the groups, which we used to facilitate a discussion with the young people. We initially made this in the format of a Powerpoint presentation, however the use of individual packs of scenarios was found to be more effective in the smaller group discussions.  Each small group was supported by an appropriate interpreter.

The images that we used included:

We were very keen to explore the young mens’ views and thoughts on the images and reassured them that there were no right or wrong answers.  We believe that this approach facilitated a more productive learning experience. It helped to challenge their preconceptions in an informal way and it also enabled us to gain a better understanding of their perspective. A good example of this was when a group was shown a photo of a solitary young woman walking along a dimly-lit street. A discussion ensued and concerns were raised for the young woman by the young men as they felt the woman should have been with a male family member to ‘look after her’. However, we told them that the young woman could just be going home from college or work and that her family would more than likely be aware of where she was. This we feel, gave the young men a different perspective. The group discussion enabled us to see that the young men’s experience of ‘chaperoning’ women, in their view is a loving and protective thing to do for a member of the family. Showing concern for a lone woman by trying to befriend her or escort her safely could be intimidating to the woman.

Demonstration of mutual respect in these discussions is, we believe, paramount to the work being of value.

Our session only lasts for an hour; the content is not exhaustive and is only meant to provide a starting point, to open the conversation and to provide a foundation to further learning opportunities.

Our vision would be that further sessions would include:

Unaccompanied asylum seeker children have a right to access information about sexual health and the services that are available in the UK and this will provide the building blocks for them to be able to have positive and healthy relationships in the future.

RESOURCES AVAILABLE to download below, and from our Public Health page:

Your ticket for the: Outreach support for UASC in West Kent

USD
We use cookies on our website to give you the most relevant experience by remembering your preferences and repeat visits. By clicking “Accept All”, you consent to the use of ALL the cookies. However, you may visit "Cookie Settings" to provide a controlled consent.
Cookie SettingsAccept All
Manage consent

This website uses cookies to improve your experience while you navigate through the website. Out of these, the cookies that are categorized as necessary are stored on your browser as they are essential for the working of basic functionalities of the website. We also use third-party cookies that help us analyze and understand how you use this website. These cookies will be stored in your browser only with your consent. You also have the option to opt-out of these cookies. But opting out of some of these cookies may affect your browsing experience.
Necessary Always Enabled
Necessary cookies are absolutely essential for the website to function properly. These cookies ensure basic functionalities and security features of the website, anonymously.
Functional
Functional cookies help to perform certain functionalities like sharing the content of the website on social media platforms, collect feedbacks, and other third-party features.
Performance
Performance cookies are used to understand and analyze the key performance indexes of the website which helps in delivering a better user experience for the visitors.
Analytics
Analytical cookies are used to understand how visitors interact with the website. These cookies help provide information on metrics the number of visitors, bounce rate, traffic source, etc.
Advertisement
Advertisement cookies are used to provide visitors with relevant ads and marketing campaigns. These cookies track visitors across websites and collect information to provide customized ads.
Others
Other uncategorized cookies are those that are being analyzed and have not been classified into a category as yet.
SAVE & ACCEPT