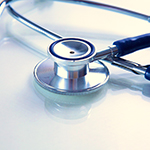 We had many problems relating to not speaking the same language. It was difficult to get access to appropriate interpreters, especially when there was an urgent medical need. Translation is sometimes difficult. There isn’t always a literal translation from English to the child’s native tongue, needing to re-work what we said, and simplify explanations.

We also encountered Religious issues, there was a need for appropriate places for worship. We always had to have respect for their needs related to food and religious festivals.
TRUST

A lot of the children/young people were frightened, hyper-vigilant and suspicious.  Many had been failed or let down by supposed people in authority or ‘professionals’. It took time to build up a rapport and get a complete story. Their trust had to be earned. Sometimes it took more than one or two consultations to be given all of the facts.

The legal aspects of what to share, when, to whom and why. We were often asked by various agencies for information with no signed consent by YP to release it. It’s not an aspect they are familiar with, being asked for their consent – we needed to explain the pros and cons, not to make them feel pressured no matter who is asking.

Many of the children / young people have very similar names and the same or very similar dates of birth, such as Mohammed, Mohamed, Muhammed, Muhamed.

Documentation must be 100% accurate between staff and agencies, using  a 3rd identifier at least if possible. Name to be full, in the correct order, such as Mohammed Ali or Ali Mohammed a DOB and NHS number as a minimum.  We also got photographic ID for every child. It is important to double check everything to reduce the risk of errors.

We needed to be ensure the health and safety of the children, staff, us, and other residents. There were unknown communicable diseases such as Hepatitis B.
Any challenging behaviours would be dealt with effectively and preventative actions taken.
Protection must be taken including wearing gloves with body fluid spillages. Risk assessments were also completed
EXPECTATIONS

What the child or young person expects, has been told or led to believe the experience in the UK will be. The reality can be very different leading to frustration and anger.

When moving from our unit the continuity of care is important, communication between agencies to ensure hospital follow ups, medications and investigations, linking all the correspondence form different departments and agencies to the child’s new place of residence.

Attitudes were a big consideration both from the UASC’s and from the staff working with them. The Young people needed to be taught about British Culture, respecting women, and appropriate behaviour towards women and other people.

The staff attitudes were sometimes that of Indifference, lack of understanding, and a lack of sensitivity. Which also needed to be changed just as much as the young people.

Your ticket for the: Challenges in Primary Care

USD
We use cookies on our website to give you the most relevant experience by remembering your preferences and repeat visits. By clicking “Accept All”, you consent to the use of ALL the cookies. However, you may visit "Cookie Settings" to provide a controlled consent.
Cookie SettingsAccept All
Manage consent

This website uses cookies to improve your experience while you navigate through the website. Out of these, the cookies that are categorized as necessary are stored on your browser as they are essential for the working of basic functionalities of the website. We also use third-party cookies that help us analyze and understand how you use this website. These cookies will be stored in your browser only with your consent. You also have the option to opt-out of these cookies. But opting out of some of these cookies may affect your browsing experience.
Necessary Always Enabled
Necessary cookies are absolutely essential for the website to function properly. These cookies ensure basic functionalities and security features of the website, anonymously.
Functional
Functional cookies help to perform certain functionalities like sharing the content of the website on social media platforms, collect feedbacks, and other third-party features.
Performance
Performance cookies are used to understand and analyze the key performance indexes of the website which helps in delivering a better user experience for the visitors.
Analytics
Analytical cookies are used to understand how visitors interact with the website. These cookies help provide information on metrics the number of visitors, bounce rate, traffic source, etc.
Advertisement
Advertisement cookies are used to provide visitors with relevant ads and marketing campaigns. These cookies track visitors across websites and collect information to provide customized ads.
Others
Other uncategorized cookies are those that are being analyzed and have not been classified into a category as yet.
SAVE & ACCEPT